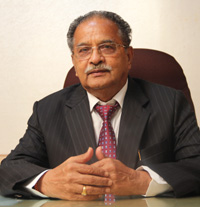 The Stake holders of Indian Agriculture namely Agricultural Universities, Scientists, Departments, Input industry and most importantly Farmers contribute to the sustenance of Agriculture. In the present circumstances, wide range of research materials and products which are essential for modern farming are not reaching the farming community on time. This gap is further widened by our fresh Agri graduates as they are not trained to face the current practical difficulties in the field. Here comes the role of GPS Institute of Agricultural Management where we focus on confidence and skill building in young graduates and pre- graduates, making them capable of analyzing and advising the farming community and also taking up various agriculture related projects with an entrepreneurial mind set. This is our sincere approach to ensure that the new generation will take up modern agricultural practices to reap good yields and engage in rural development programmes aiming towards quality surplus food production for the nation.

To educate, train and develop technical and skilled human resource for the betterment of agriculture sector and farming community through experiential learning on sustainable agricultural practices.

To bridge the gap between formal education and on field experience. To make them successful entrepreneurs. Make them employable by MNC’s/Govt bodies/private organisations directly in to managerial positions in the areas of agriculture/ marketing / sales / distribution / logistics / research / production.

The Quality Policy of the Institute is to achieve unequivocal excellence and affordable Agricultural Management Education based on innovative practices in Training, Teaching, Skill development, Student support, Extension and Consultancy. We will remain socially accountable and improve continuously through the process of self-evaluation based on the feedback of students, teachers, corporates, farming community and other stakeholders.

Train the fresh agricultural/biological science graduates with management knowledge and competencies appropriate for governance and development of resources, enterprises, and institutions meant for agricultural communities.

Using transformative in its approach with a focus on over all issues in agricultural science and technology handling.

Empower with excellence, creativity, intelligence, and commitment in handling agri-enterprises.

Encourage practical academic mechanisms in decision making even while experimenting with new paradigms.

A legal cell to look into grievances of all social classes and women is in place.

GPSIOAM has zero tolerance policy against sexual harassment and is committed to uphold the Constitutional mandate to combat sexual harassment. It strongly supports gender equality and opposes any form of gender discrimination, sexual harassment and gender violence. As per the provisions of the Sexual Harassment of Women at Workplace (Prevention, Prohibition and Redressal) Act, 2013, an Internal Complaints Committee has been constituted to act as Inquiry Authority on a complaint of sexual harassment and to take proactive measures towards sensitization of the students, staff and faculty members on gender issues. .